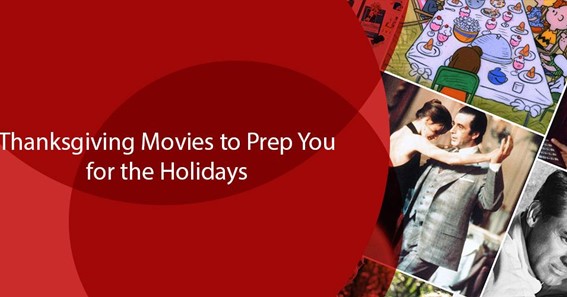 Well, after Halloween is when the holiday excitement really starts. We all love this time of the year because of the multiple holidays and winter approaching. Several movies can put you in the right mood for thanksgiving and will prepare you for the holiday season.

Well, all you need to watch these movies is a good TV service, and for that, we suggest you check out WOW Plans. WOW TV packages and plans come with a vast range of TV channels as well as on-demand content for you to enjoy. With WOW you can watch live HD channels, enjoy your favorite holiday movies on TV, and do a lot more. So, get your package now and enjoy.

Here are some of the best thanksgiving movies to prepare you for the holiday season. Let’s take a look!

You’ve Got Mail is a romance and comedy movie that revolves around two business rivals Kathleen Kelly (Meg Ryan) and Joe Fox (Tom Hanks). Kathleen is a struggling boutique bookseller, and Joe Fox is the owner of a corporate Foxbooks chain store. Unaware of each other’s identity the two start an intense romantic relationship online. Joe finds out that the woman he has been dating and involved with online is his business rival Kathleen, and starts considering his love and differences with the woman.

In the movie One True Thing, the underappreciated matriarch of the Gulden family, Kate (Meryl Streep), receives a cancer diagnosis. At her father’s request, daughter Ellen (Renée Zellweger), a journalist, returns from New York City to take care of her mother. Kate learns truths that she was never made aware of as a child while spending time with her parents. Although Ellen has always looked up to her father, she now realizes how much harder of a life her mother has led.

Scent of a Woman

Scent of a Woman is a movie that revolves around Frank and Charlie. Frank is someone who served in the US army as a retired Lt. Col., is deaf, and difficult to get along with. Charlie attends school and is eager to start college, and at the moment he needs money to visit home for Christmas. He consents to take care of Frank for Thanksgiving in order to earn a little money. Although Frank’s niece claims that this will be simple money, she did not plan on him spending Thanksgiving in New York.

Pieces of April is a movie about a quirky and disobedient young woman April Burns (Katie Holmes), who lives with her boyfriend in a modest New York City apartment, miles from her emotionally distant family.

April invites the family to her house for Thanksgiving after learning that her mother (Patricia Clarkson) has a terminal form of breast cancer. While April’s father (Oliver Platt) struggles to get her family into the city, the inexperienced cook experiences culinary difficulties and needs the assistance of a neighbor (Sean Hayes).

Home for the Holidays

Single mother Claudia Larson (Holly Hunter) travels alone to her childhood home for an angry Thanksgiving dinner with her dysfunctional family after her teenage daughter decides not to attend. Claudia gradually grows tired of her parents, her patient sister (Cynthia Stevenson), her arrogant brother-in-law, and her eccentric aunt (Geraldine Chaplin). However, things get interesting when Claudia and her brother’s attractive friend Leo Fish (Dylan McDermott) start dating.

In this follow-up, the bizarre Addams Family members engage in even more macabre mischief. This time, Morticia (Anjelica Huston) and Gomez Addams (Raul Julia) are celebrating the birth of a son. However, the new arrival does not make siblings, Wednesday (Christina Ricci) and Pugsley (Jimmy Workman), particularly thrilled, and they make every effort to get rid of the baby. A sudden treacherous turn occurs when Nanny Debbie Jelinsky (Joan Cusack) shows up to keep the kids in line.

Autumn in New York chronicles the sexual activities of Will Keane, a notorious playboy who is approaching 50 and the master of the no-commitment seduction, up until the point where he meets Charlotte Fielding and encounters an unexpected dead end. Charlotte, a 21-year-old free spirit longing to get out and experience the excitement of adult life, is half Will’s age and twice his match. Will’s ideas about women, sex, and responsibility will be disproved throughout the season by this meeting.

Homeless black youngster Michael Oher (Quinton Aaron) has been in and out of the educational system for years. Then Sean (Tim McGraw) and Leigh Anne Tuohy (Sandra Bullock) decide to adopt him. When the Tuohys are appointed as Michael’s legal guardians, it changes their lives and his. With assistance from his new family and committed tutor, Michael realizes his potential as a student and football player. His enormous physique and protective instincts make him a powerful force on the field.

Only an hour spent in DMV hell unites Sara Deever (Charlize Theron) and Nelson Moss (Keanu Reeves). They decide on an unusual courtship: a one-month trial period followed by separate journeys since they are intrigued by one another but not ready to commit. The two make no commitments, and simply take time for one month, November, to see where it goes. What is not part of the plan is falling in love.

Jo March, a writer who lives in New York in the years following the Civil War, is writing to make a living. Her younger sister Amy is studying art in Paris. Amy runs across her childhood crush Theodore; a childhood love interest of Jo’s who eventually turned down his proposal. Their introverted sister Beth contracts a life-threatening illness that reunites the family, while their oldest sibling Meg is married to a schoolteacher.

Harry Burns (Billy Crystal) and Sally Albright (Meg Ryan), recent college graduates, dispute whether men and women can ever truly be exclusively platonic friends, during their turbulent automobile ride from Chicago to New York in 1977. Ten years later, Harry and Sally cross paths at a bookshop and try to maintain their friendship without having sexual tension between them with the help of their respective best friends, Jess (Bruno Kirby) and Marie (Carrie Fisher).

Well, if you want to watch thanksgiving movies that will prepare you for the holidays and will make you feel the autumn vibe, we suggest you add the movies listed above to your list and enjoy. We hope this information was helpful for you and you have found exactly what you want to watch for thanksgiving. 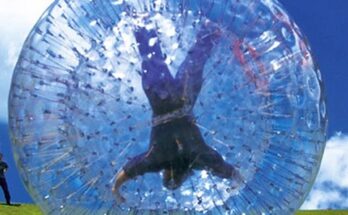 Prepare to Roll: Awesome Zorbing Information You Need to Know

View all posts by Charlotte Miller →

Thanksgiving Movies to Prep You for the Holidays